The object of the research in the article is the peculiarities of expressing the time component in the artistic picture of the world formed by Panas Myrnyi’s big epics: the social and domestic novel sketches “The Kin” (“Rid”), “The Family of the Borodais” (“Rodyna Borodaiv”), “We Live in Accordance with Our Luck” (“Yak Vedetsia, Tak I Zhyvetsia”), the social and psychological novels “Do the Oxen Bellow, When Their Mangers Are Full?” (“Khiba Revut Voly Yak Yasla Povni?”, coauthored with I. Bilyk) and “The Whore” (“Poviia”). So the subject of the study is the specific character of the interaction of the past, present and future time (the mosaic structure of the plot, the linearity / discreteness, stretching / compaction of time; absolutization of eliminating the opportunity of self-realization for people in a socially structured society). A particular angle of study is retrospective reviews – folk and ethnographic, social and domestic, – their role in showing the stages of becoming mature or insignificant in character by means of either the continuality device or “one day and whole life” as reflection of the biography turning points. The article also considers the differences in time presentation in the works of different world perception aesthetics: gothic, romantic, realistic – from time contrasts to the absolute of personal levelling. “Timelessness” is singled out as a prevailing image-symbol of time, which is related to the authors’ representation of social conflicts and psychological deformations of marginal characters. Gradation is the main device used to introduce such an image into the sense body of the text. The device, in turn, is often played up as oxymoron. This makes it possible for the author to give a panorama representation of the reality and man in it, to show the process of spiritual uplifting or deformation (more often) under conditions of intensified controversy with objective circumstances and personal inner world.
The theoretical relevance and novelty of the work is objectified by the way of considering the literary material: inductive and deductive in comprehending one of the key elements of the world model – anthropological time.
The perspective of this way of studying a particular author’s big epics (as well as of any other genre) and the peculiarities of its development in the literary process in general can be seen in the possibility to deepen and objectify the conception of modelled world as a unity. 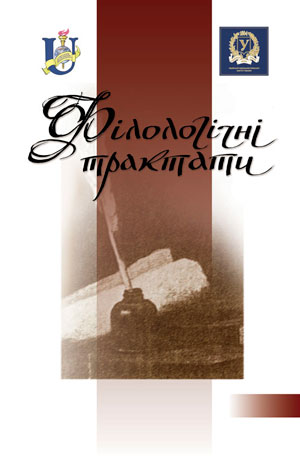